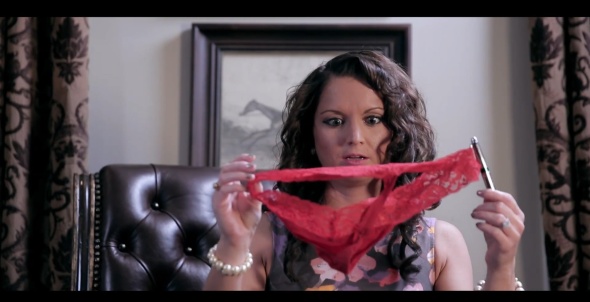 This was a really fun and challenging project. Last October, I took part in Toronto’s 48 Hour Film Project. As the name implies, filmmakers – established, aspiring or ‘just for funzies’ alike – are tasked with writing, shooting, editing and scoring a short film in just 48 hours.

Under pretty short notice and with no real notion of how this project would play out, I joined my team on location in Kitchener to shoot this quirky little musical over the course of one day. The shoot was difficult but educational, and everyone I worked with put forth great effort with a positive attitude. The next day was dedicated to editing which, despite a mild technical crisis, was completed on time and the whole thing was delivered before deadline. We screened the film last November at the Review Cinema in Toronto – my first premiere! Big thanks to everyone involved for their hard work!

Here’s the synopsis: Anna, a rich housewife with a troubled marriage, uncovers a scandalous secret about her husband that could threaten her life as she knows it.

Watch it below and visit the YouTube page for more info. (Please note that the audio on this version was edited by me from the original that showed at the Royal.)

Like Loading...
01 Mar This entry was published on March 1, 2015 at 9:15 pm. It’s filed under Film and tagged 48 Hour Film Project, audio, audio post production, film, filmmaking, location sound, The Demise of Colin Zimmerman. Bookmark the permalink. Follow any comments here with the RSS feed for this post.